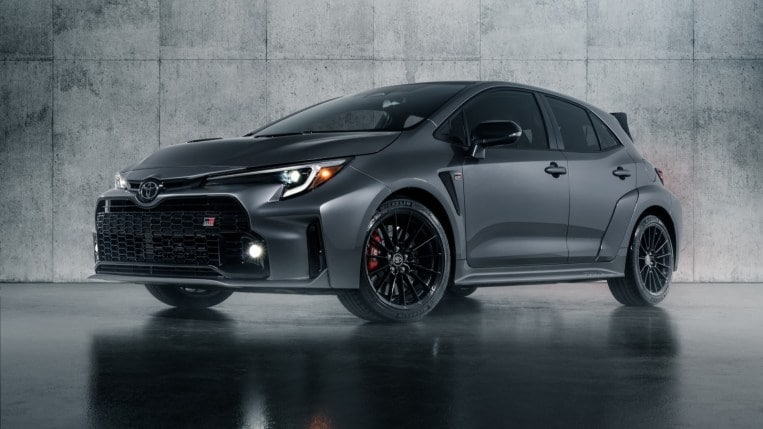 There’s a Toyota Corolla in the world that costs nearly $50,000 this year. But no one should be shocked by that. Really. We’ll explain.

You may not know its professional athlete cousin, the GR Corolla. This year, Toyota took the wraps off a race-inspired car built on the Corolla’s unassuming frame. It fits a 300-horsepower turbocharged 3-cylinder engine (yes, 100-horsepower per cylinder) and 4-wheel-drive into the tiny frame of the Corolla hatchback. Available only with a 6-speed manual transmission, it borrows technology from Toyota’s Gazoo Racing division to make even the term “hot hatch” seem inadequate.

Toyota got playful with the GR’s debut, hiding it in the background of ads for other cars for several months before admitting it existed. They then unveiled it but announced that only 6,600 would make their way to the U.S., likely making them a rare (and expensive) sight. 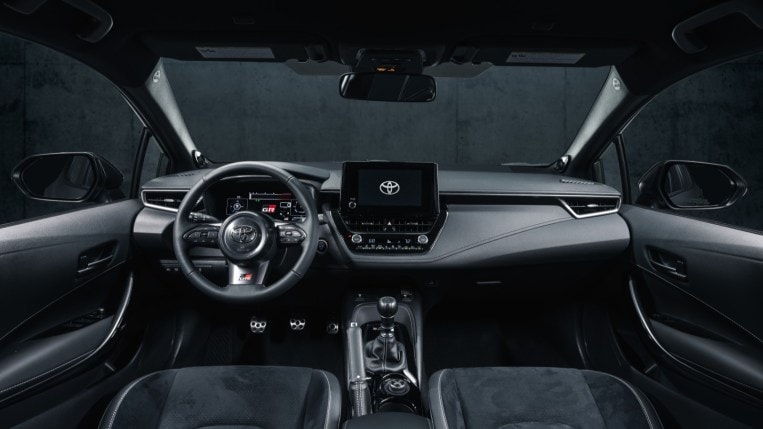 The basic GR Corolla, if we can say that, will start at $35,900, plus a $1,095 destination fee. Called the Core model, it comes with sport seats, a dark gray interior design theme, and aluminum pedals. An 8-inch infotainment screen and 6-speaker sound system come with Apple CarPlay and Android Auto as standard equipment.

There is, however, a more hard-core model of the already-hard-core GR Corolla. It’s called the Morizo edition – named for the racing alter ego of Toyota CEO Akio Toyoda.

The Morizo edition gets 22 additional pound-feet of torque thanks to a software upgrade. It has its own separate, closer-ratio manual transmission and differentials with tighter gear ratios, which should tighten handling but make its character even stiffer around town.

But few would use the Morizo edition as a daily driver. Toyota removed the rear seats, rear speakers, and even the rear wiper blade for weight savings. It’s practical only as a track machine and carries a $49,900 price tag to boot.

We should note that, with a car likely to be rare and in high demand, price tags are mostly for entertainment purposes. If you manage to buy a GR Corolla for what it says on the sticker, we’d like to hear how you did it.

Best All-Terrain Tires for Trucks and SUVs—Car and Driver